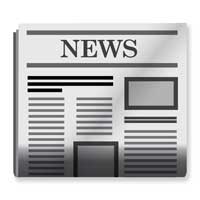 
Heritage 4.2.8 has been released. There is a long list of new features. See the Heritage pages for more information or, if you are a customer, log in to the support website to download helpsheets and the upgrade.

Congratulations to Basingstoke College’s LRC staff, who have been awarded a team award at the first-ever BCOT Staff Awards ceremony. Winners on the day were handed awards after being nominated by departmental managers based on specific criteria, such as demonstrating exceptional imagination and enterprise on a project or piece of work.

The LRC team was recognised for the implementation of a significant new development - the Heritage Biometrics module.

It was felt that the use of biometrics was indicative of a very modern service, promoting customer service by making the issue of books faster and easier and getting rid of the traditional card system.

Basingstoke College are one of only four FE colleges to have installed this system and consequently are receiving visits and telephone calls from people wanting to know more.

Most importantly the students have accepted and enjoyed the change – the library is now seen as being ‘cool’!

Another Heritage customer, Southport College, won a Tribal award for their biometrics implementation in 2007.